NBC has greenlighted a brand new adaptation of Marc Silvestri’s comic, which will be going into production shortly. Caroline Dries will be the main writer and also executive produce the show, she has previously worked as showrunner for Vampire Diaries. Carol Mendelsohn, best known for her work on long running show CSI, is also on board as a producer. There was a prior adaptation of this comic, a made for TV film which aired in 2000, followed by a series which ran from 2001-2002 on the TNT network.

The Witchblade comic debuted in 1995, published by Top Cow comics and there have been 185 issues of this series, the last of which was released in 2015. Marc Silvestri created the series, he is also the owner of Top Cow (which is an imprint of Image Comics), the comics were written by Brian Haberlin, with art by Michael Turner and edited by David Wohl.

The Witchblade series focuses on the story of a NYPD homicide detective, Sara Pezzini, who is the host of a mystical amulet, which functions as a powerful weapon. This bestows her with some special abilities, including the power to fly, self-healing properties and she can fire blasts of energy at her foes – she uses these powers to fight against supernatural evil. Pezzini sometimes struggles to control these powers and the amulet can influence her behavior, there are also antagonists who wish to get their hands on the artifact.

A date for when the show will be aired has not been revealed, casting decisions also remain behind closed doors for the time being. Hopefully the show will last longer than the 23 episodes the first incarnation of this show ran for. Fans of the comic book will have to wait for further details, but it seems that NBC are putting their weight behind the project, so the show should have a decent budget. There will be updates as more information is released, below is an original cover from the comic book. 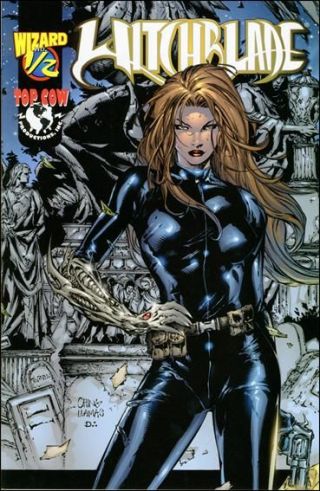