“Marvel’s “Doctor Strange” put a spell on the fans in Hall H at San Diego with the debut of the second trailer for the film…but the mystical action was so awesome we couldn’t keep it to ourselves!”

This is the announcement by Marvel Studios of a second trailer for the upcoming Doctor Strange movie, the trailer was revealed at San Diego Comicon and they are clearly very excited about it. The film is scheduled for a November release and the hype train has already started.

Doctor Strange tells the story of Stephen Strange, an acclaimed neurosurgeon who uncovers the hidden world of magic and alternate dimensions after a near-fatal car accident. In the film he encounters the Ancient One who becomes Strange’s mentor in the mystic arts. Originally created by the legendary Steve Ditko, the character first appeared in 1963, in Strange Tales #110. The comic book series focuses on Strange serving as the ‘Sorcerer Supreme’ – the primary protector of Earth – and his battles against mystical and magical threats.

The trailer shows Strange journeying o the Himalayas and learning a kind of magic that allows him to travel across dimensions, among other things, which he will need to battle against Mikkelsen’s villain. The trailer features some interesting looking special effect shots, without ruining any plot details. You can see the trailer for yourself here: https://www.youtube.com/watch?v=HSzx-zryEgM

Doctor Strange is scheduled to be released in the United States on November 4, 2016 in 3D and IMAX3D. 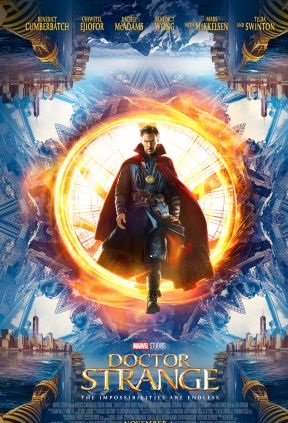