Issue #5 of this limited series event hits the stores on June 28th and Marvel is promising that this will be there last such event for a while. Marvel has come under criticism for having too many events and character switches, which has alienated fans and Secret Empire fits right into that camp, with Captain America himself turning bad and helping Hydra assume control as the main world power.

This series concerns the aftermath of a prior Marvel event, the cross over series, Avengers: Standoff! and Steve Rogers’ own title, Captain America: Steve Rogers. Steve is now loyal to Hydra, the sentient Cosmic Cube Kobik altered his memories – the clone of Red Skull used these powers on Steve and now he is the main threat faced by the Avengers. This means we see Captain America and Iron Man facing off again, harking back to Civil War storylines – and adding to another Marvel criticism – our avenging heroes spend too much time fighting each other and not the bad guys. Nevertheless, due to Steve’s turn to the dark side, the other superheroes join forces to fight their former friend and resist the Hydra takeover. 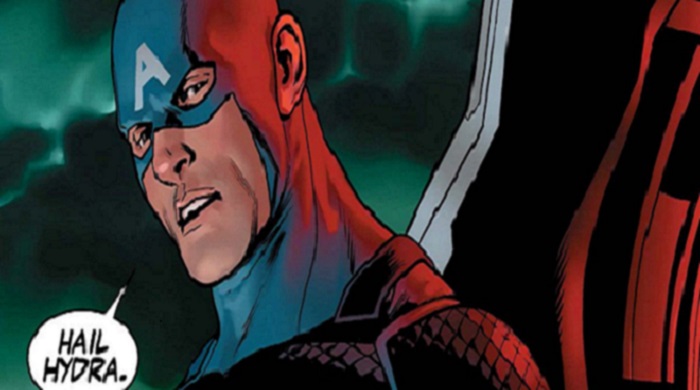 Issue #3 introduced Ultron into the mix and #4 detailed how the Avengers enemy plays into these events. The cybernetic villain forces the opposing teams of Iron Man and Captain America to sit at a table together and proceeds to list their failures and bemoan their constant bickering with each other – while also revealing his plan to sit back and wait for them to destroy each other. This conflict reaches new heights in issue #5, as Black Widow plots to assassinate Steve, enlisting the help of an enemy, Madam Hydra herself. Characters with mixed motives and acting apparently against their usual interests is a theme of this series.

So what’s up with Cap? Is this even ‘our’ Captain America? We have previously seen old man Steve Rogers make an appearance in this series, how will this fit into the developing story. Also, a continuing plot thread in this series has been our heroes pursuit of the Cosmic Cube used to warp Captain America – and this cube has been scattered in pieces around the world – but, Iron Man believes bringing the fragments together can restore Steve’s mind. Maybe there is hope for Captain America after all. 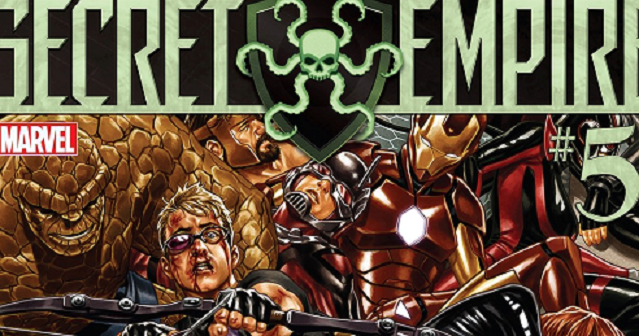 This series has many subplots and features many Marvel characters not already mentioned, such as Hawkeye, Scarlet Witch, Ant-Man, Quicksilver, Vision, Deadpool and The Guardians of The Galaxy even make an appearance. The sales have been pretty good for this series so far, with issue #0 being the best-selling comic book of April and Secret Empire #1 the best-selling comic book of May, with an estimated 157,517 copies sold. So despite some of the criticism levelled at Marvel Comics of late, fans are buying into this series so far, but how will the rest of this series far? With eleven episodes in total, it will be interesting to see how this series is judged critically and commercially once it has completed its run.

Secret Empire #5 is out on June 28th. Written by Nick Spencer, with art by Leinil Francis Yu.