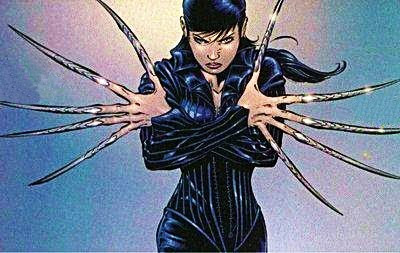 Lady Deathstrike (Yuriko Oyama) was born in Osaka, Japan. Her father was the scientist who invented the procedure to surgically meld adamantium to human skeletons. Yuriko Oyama, who is typically unhinged to say the least, blames Wolverine and all mutants with adamantium skeletons for his death, hence her never ending grudge against Logan. Deathstrike was originally a martial arts expert who dressed in traditional Japanese battle armor and was highly skilled with nunchakus, shuriken and other weapons. Later transforming into a cyborg herself she became a hired assassin and a much more powerful adversary.

By Uncanny X-Men #205 adamantium was surgically fused to her skeleton and she had been retrofitted with other cybernetic augmentations, substantially increasing her strength, speed and other abilities. Lady Deathstrike was now armed with 12 inch adamantium claws. Her villainous deeds encompass collaborating with former Hellfire Club mercenary cyborgs in battling against the X-Men and teaming up with anti-mutant crusader William Stryker and reemerging as a mercenary for hire. 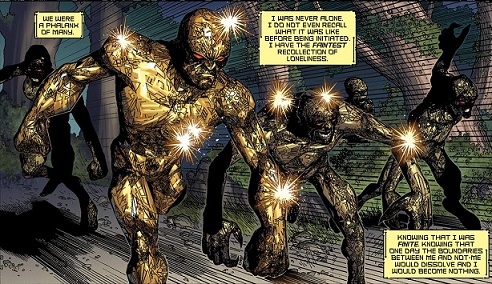 The Phalanx are infected with the trans-organic transmode virus and pathologically obsessed with transforming all other sentient beings in the galaxy into techno-organic lifeforms. Forming more of a collective identity once assimilated, the insectoid-esque Phalanx know only how one thing – they need to replicate. First appearing in Generation Next (Uncanny X-Men #312), the Phalanx secretly replaced and impersonated many X-Men members and proved to be an immense problem on earth. Returning in various incarnations, the Phalanx later nearly annihilated the Shi’ar empire and infected the entire Kree homeworld. 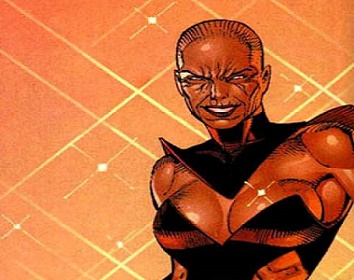 Cassandra is in essence the manifestation of Charles Xavier’s darker ideological subconscious. She is one of the Mummudrai, also known as the Revenants, a non corporal alien species who inhabit an astral plane outside of our universe. First appearing in The New X-Men Episode 114, this unique X-Men adversary is possessed of all of humanities negative urges and thrives on causing chaos. This cunning non corporal being for a time inhabited the body of Charles Xavier. She commands immense psionic powers covering telepathy, telekinesis, and a phasing ability.

Cassandra Nova will forever be associated with sending a sentinel army to Genosha and telepathically coercing Lilandra into instructing the Shi’ar Imperial Guard to attack earth. In Earth-TRN342, an alternative storyline, Cassandra Nova is over four thousand years old. She manages to collapse the barrier that divides our universe and the Mummundrai dimension, releasing them on Earth. 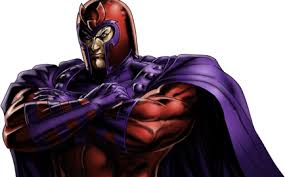 Magneto (born Max Eisenhardt) is one of the original X-Men series characters and was created by Stan Lee and Jack Kirby. His dastardly schemes have served as the foundational plot for many X-Men comics. The early experiences of surviving the holocaust forever predisposed an uncompromising attitude in defending the mutant cause. Magneto regarded mutants as a superior lifeform and in many storylines he and the Brotherhood of Evil Mutants endeavoured to enact mutant hegemony over humans. In X-Men Last Stand, Magneto plotted to turn the world’s leaders into mutants regardless of whether their molecular structure would completely break down. Other particularly villainous schemes extend to breading his own army of super mutants underneath Antarctica and reengineering Cerebro to inflict mass insanity.

Magneto’s super power levels are difficult to assess, but minimal physical constraints are presented in the comics. An unmastered proficiency in controlling all forms of magnetism, render him capable of manoeuvring submarines and skyscrapers, and in one case even an asteroid. Magneto can manipulate other electro-magnetic particles with his mind, which places almost zero limitations on his super powers. 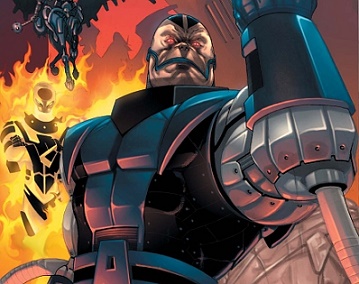 It’s a no brainer, Apocalypse must be recognised as the biggest problem in the X-Men universe. It’s not every nemesis that convinces almost all mutants in Xavier and Magneto’s camp to combine their collective arsenals at the drop of a hat. This classic enemy was created by Jackson Guice and Louise Simonson in 1986, the background of arising in ancient Egypt was not revealed until “Rise of Apocalypse”. In comic folklore, Apocalypse is probably the earth’s very first mutant, having entered the wold over 5,000 years ago.  The blue super villain has lived on earth for millennia, journeying across distant lands and enticing civilizations to worship him as an all powerful false prophet. This super villain has a ceaseless desire for world domination.

Apocalypse’s schemes are all cantered on ensuring that earthlings are confronted with the toughest ordeals and challenges possible, thereby encouraging the strongest to survive and evolve. On a power level, Apocalypse can manifest an unknown array of different super abilities. Apart from controlling his own molecular structure and altering his size and shape to almost any proportions at will, he is among the most powerful mutants at telepathy and telekinesis. Apocalypse is immortal, virtually indestructible and can teleport himself across time and space.