Indie comic creator and writer/ artist Corey Lewis (Rival Schools, G.I. Joe) is bringing an anthology of his work to Image. Lewis has become highly acclaimed in the indie comic scene since Sharknife and PENG in 2005. His comics are recognized for their American cultural/ manga influences and highly stylized visuals.

Corey Lewis himself has referred to his work as high concept ideas with a retro puppy flavor. The varied themes discussed cover everything from Sentient paranormal skateboards, mecha-suited documentarian bounty hunters, and sword-culture spirit warriors.

The first Sun Bakery anthology will include the following episodes: “Dream Skills,” set in a city where guns are obsolete and social culture is swordplay; “Arem,” the tale of a space adventurer on a quest to photograph the most beautiful galactic vistas; and “Bat Rider,” a comic about supernatural skateboarding. 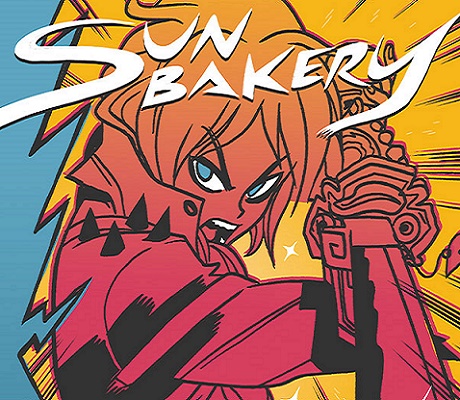 Sun Bakery #1 will be published on February 22nd by Image, which will be followed up by an ongoing series.