Eleventh Doctor Who Year 3 kicks off with issue #1 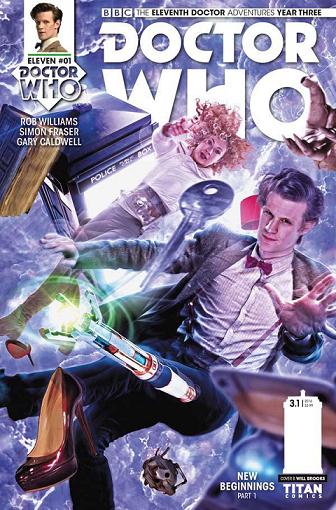 The Doctor and Alice Obiefune, seeking a fresh start after the stresses of last year’s epic mystery, set off in search of strange new worlds and amazing new sights. The new season will be structured in single issue, stand alone stories.

Titan are presently engaging in series runs of the Tenth and Twelfth Doctor titles. Issue 2 of the Eleventh Doctor Year 3 will be published in February.