Dark Horse and Valve are releasing the Dota 2: Comic Collection 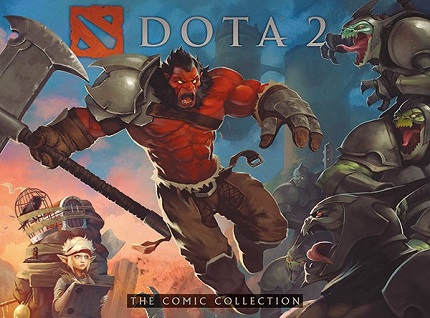 Dark Horse Comics are publishing the Dota 2: The Comic Collection, which assembles Valve’s Dota 2 web comic series. This anthology is the first collation of the DOTA 2 web comics in comic book or print form. We discover more about the legendary warriors and the origins of the Ancients and the world they inhabit. The comics dive far deeper into the back story of the characters and events of Dota 2.

Valve have been published these comics online for a few years, explaining more about the history behind the universe that the game takes place in. The web comics proved very popular with the fans of DOTA 2. Now Dark Horse are partnering with Valve to publish these comics in hardcover form. Eight different comics are collated in this anthology, which will be available in comic book stores from August 1st.

Dota 2 has become one of the most popular and well played computer games in history. Fans of the game will definitely appreciate this new release.