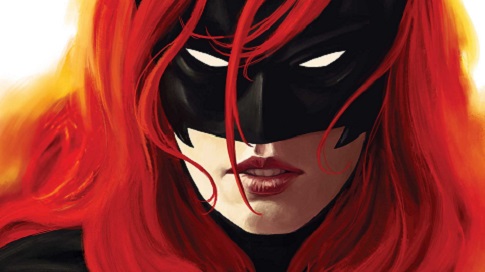 The newest comic to take-on Batwoman comes from Marguerite Bennett and Ben Oliver. This edition functions as a one-shot prologue to introduce audiences to a major event, a Batwoman epic entitled ‘The Many Arms of Death’.

The one-shot has been released and we discover what’s happening with Batwoman in the Rebirth universe. It’s an interesting tale which delves into how Kate Kane became Batwoman and what drives her. The plot is centered on Monster Venom, a much sort after bioweapon on the market, Batwoman wants and to take down the shadowy syndicate that is spreading it around the world. Batwoman/ Kate Kane confronts her past as she is required to venture back to the criminal underworld of Coryana, a place where she had experienced some of her darkest times. The one-shot reframes Batwoman in the content of Rebirth and provides some clues into the direction her character is heading in. The events continue in the full Batwoman series.

Marguerite Bennett has written for Batwoman before as well as Detective Comics and Bombshells, while Ben Oliver has provided pencils for many characters in the Batuniverse and has worked most recently on Injustice: Ground Zero. He has certainly designed a cool and enigmatic look for Batwoman.

Batwoman Rebirth #1 is available from comic book stores now. Batwoman ‘The Many Arms Of Death’ is out on March 15th.

« Injustice Gods Among Us Ground Zero #6 by DC is now in comic stores
Bane: Conquest #1 – Co-creators of the Batman villain behind 12 issue new series »