Geoff Johns from DC Comics has confirmed that Watchmen will be returning to the DC Universe this November.

“The Button” crossover comes to a close in Flash #22, the four-page epilogue affirms the mystery will continue with Doomsday Clock. Artists Gary Frank and Brad Anderson will be collaborating on the project. 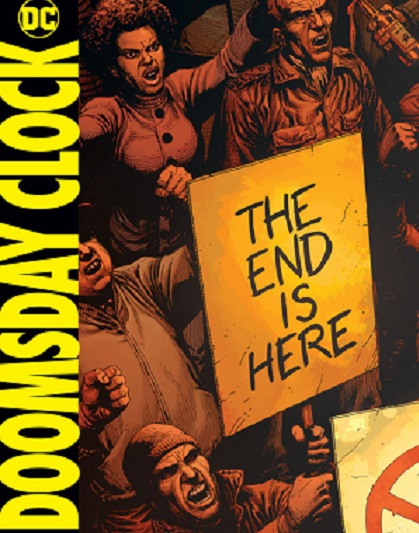 “Thematically, and metaphorically, there was no better choice than to use Dr. Manhattan. If you’re going to have a conflict between optimism and pessimism, a battle between the very forces of hope and despair, you need to have someone who personifies the cynicism that has leaked into our hearts and also has the ability to affect the entire DCU. It’s all paying off this November with Doomsday Clock.”

Gary Frank has revealed that “Doomsday Clock is a story for fans who love the DC Universe and Watchmen and want to see what a master of this genre creates when he puts them together… As for my artistic approach to the series, each panel is extremely detailed and I am constantly thinking through the position of every single element.”

Doomsday Clock will be released by DC Comics on November 22nd.